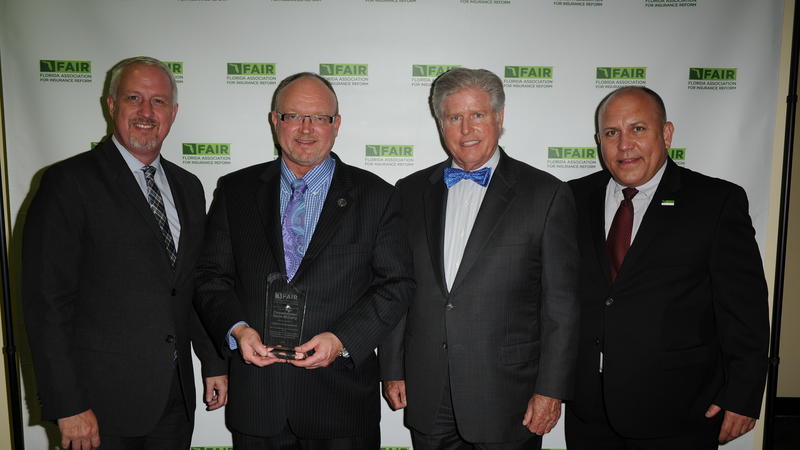 There are no insurance-related events scheduled for today.

Florida taxi companies may finally get the answer they are looking for from the Florida Department of Highway Safety and Motor Vehicles regarding minimum insurance requirements for transportation network companies operating in the state.  MyNewMarkets.com’s Amy O’Connor reports via Insurance Journal.

House Republican Leader Dana Young has stood aside while other lawmakers tried to suss out how to regulate hired-car outfits like Uber and Lyft.  But her time on the sidelines is over, she told James Rosica of FloridaPolitics.com.

You can get cited in Florida for a cracked windshield

Motorists can get pulled over for a cracked windshield because it is a primary offense. The language in Florida’s law makes it illegal, citing your vehicle as unsafe for driving, Ryan Harper reports for MyNews13.com.

On Friday, St. Petersburg Democratic Representative Dwight Dudley filed his bill (HJR 201) that would establish a bipartisan redistricting commission in Florida, which  would be responsible for drawing political boundaries for Congress and the Florida Legislature, Mitch Perry reports for SaintPetersBlog.com.

A proposal that would let out-of-state lawyers get licensed in Florida without taking the state’s Bar exam is likely dead, but that didn’t stop opponents from piling on during a Florida Bar meeting Friday.  THE NEWS SERVICE OF FLORIDA’s Dara Kam reports via SayfieReview.com.

Florida might have one of the perks of no state income tax, but according to one personal finance website, the Sunshine State has among the “least fair” state tax systems in the United States.  The Miami Herald’s Kristin M. Clark reports via the “Naked Politics” blog.

The Massachusetts Senate Post Audit and Oversight Committee has called insurance company officials and state regulators to testify at a public hearing on Tuesday, WCVB-TV reports.

A Delaware judge signaled on Thursday that the rules are changing for shareholder class actions challenging corporate mergers, which are widely criticized for reaping millions dollars in lawyers’ fees while rarely generating a penny for investors.  Reuters’ Tom Hals reports via Insurance Journal.

To unsubscribe from this newsletter, please send an e-mail to colodnyfassnews@gmail.com