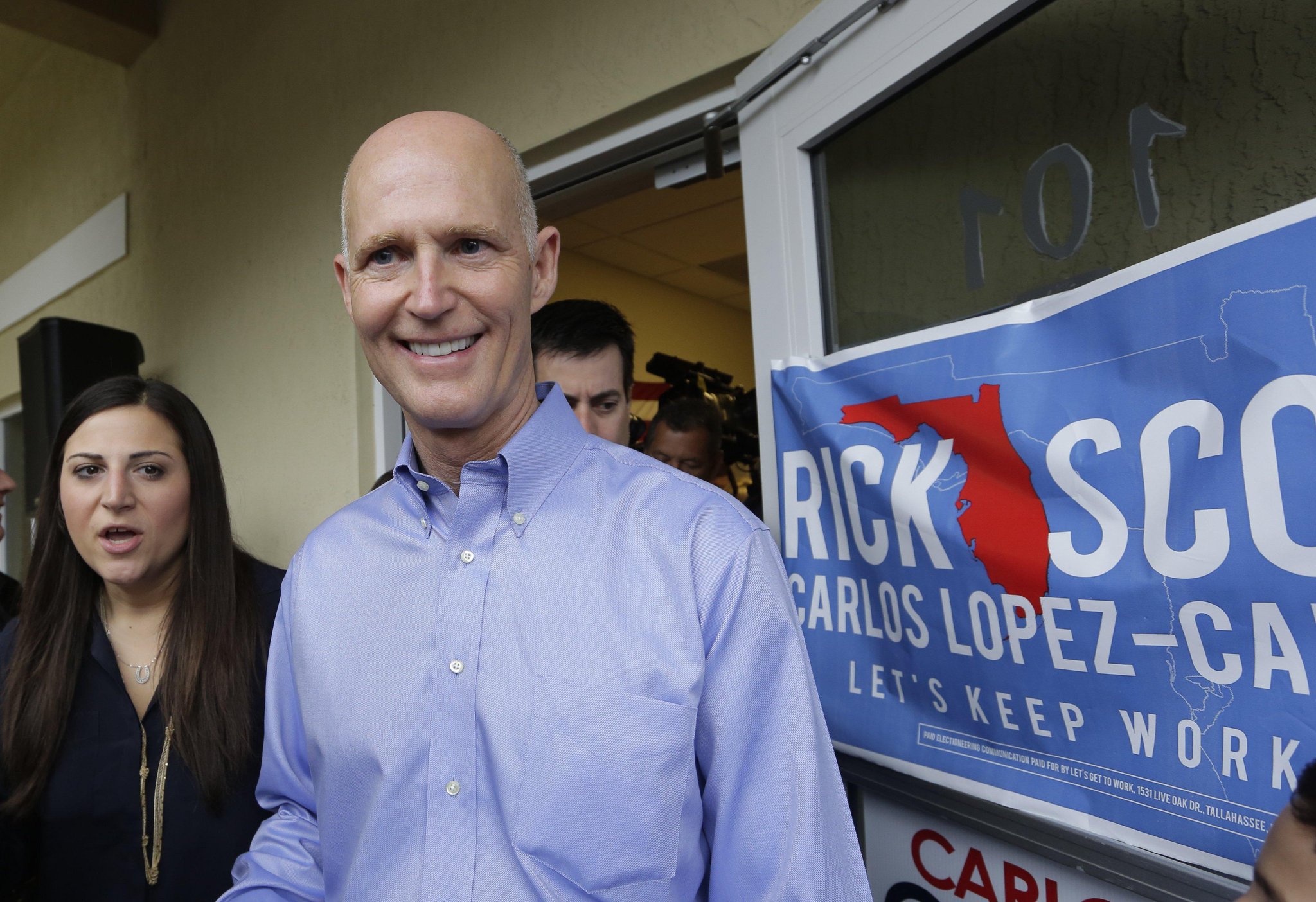 With returns in from 96.46 percent of statewide voting precincts and 48.3 percent of the vote, Florida Governor Rick Scott has been re-elected to another term, Associated Press reported at approximately 10:30 p.m. this evening, November 4, 2014.  Democratic challenger Charlie Crist garnered 46.91 percent of voters, with Libertarian candidate Adrian Wyllie receiving 3.75 percent.

Crist, a former Florida Governor, had not yet conceded the race, inasmuch as Democratic-leaning precincts in areas such as Palm Beach County had not fully reported as of 10:45 p.m.

With reports of long lines at several predominantly African-American precincts in Democratic-dominated Broward County, coupled with alleged problems spawned by redistricting, the Crist campaign unsuccessfully filed a last-minute emergency injunction to request an extension of voting hours there.

Incumbent Republican Senators Jack Latvala, Joe Negron, Jeff Brandes and John Thrasher were easily re-elected.  Senator Thrasher is expected to be confirmed as the President of Florida State University this week, which will cause a special election to be called in order to fill the resulting vacancy.

Among Democratic races called early in the evening’s returns:

To unsubscribe from this newsletter, please send an e-mail to Brooke Ellis at bellis@ColodnyFass.com.