2:00 p.m. to 4:00 p.m.–Florida Senate Committee on Banking and Insurance meeting.  Agenda includes a workshop on Citizens Property Insurance Corporation and consideration of the following bill: 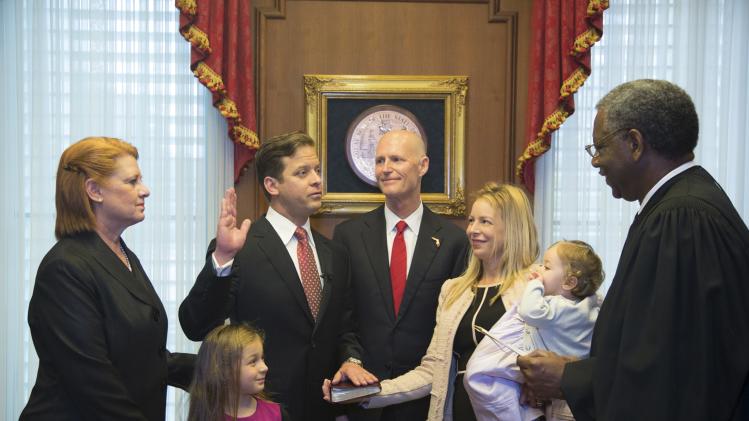 Legislation to enact a 12-day sales tax holiday for consumers buying items related to storm preparation sailed through the Senate Commerce and Tourism Committee on Monday in a unanimous vote, The Florida Current’s Gray Rohrer reports.

Florida politicians this past year rejected the federal Affordable Care Act, refusing to expand Medicaid or to set up a Web site to connect consumers to federally subsidized policies. However, they did authorize an online insurance marketplace separate from the ACA and designed to fill in the gaps in coverage offered by federally approved plans, The Florida Current’s James Call reports.

Lawmakers appear to be embracing digital technology and real-time video and audio to relieve a physician shortage in the state, The Florida Current’s James Call reports.

A contract worth an estimated $2 billion can go to a company part owned by Jacksonville-based Florida Blue after all, the state’s top Medicaid agency has ruled, Jacksonville Times-Union’s Matt Dixon reports.

As the Florida Legislature gears up for March’s launch of the 2014 session, various state boards and committees face busy schedules throughout the week, SaintPetersBlog.com’s Phil Ammann reports.

Florida’s gambling laws would be rewritten under legislation being crafted by the Senate Gaming Committee, resulting in a more powerful gaming commission with tighter regulations of gambling operations and allowing for large casino resort hotels in South Florida, The Florida Current’s Gray Rohrer reports.

Bill language that would prohibit cities and counties from charging impact fees on some smaller developments or costs for transportation improvements has been filed again this year, The Florida Current’s Bruce Ritchie reports.

U.S. to Require Cars to Have “Talking” Technology to Prevent Accidents

The property and casualty industry saw itself in relatively good shape as the current Congress started work in January 2013, writes Arthur Postal for National Underwriter’s PropertyCasualty360.com.

To unsubscribe from this newsletter, please send an e-mail to Brooke Ellis at bellis@cftlaw.com.